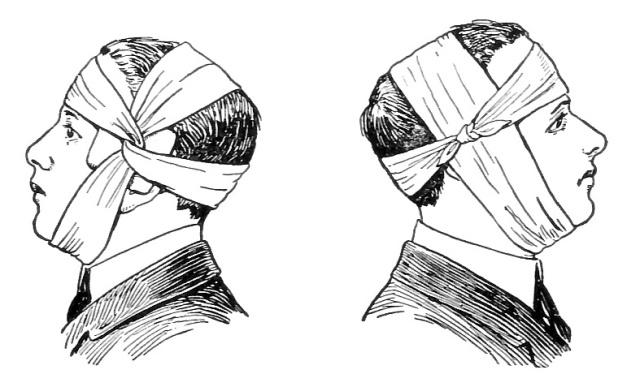 This is a little embarrassing to share, but we’re friends so I figure, what the heck. Several years ago my daughter and I went for a hike during which I made the ill-advised decision to try to walk on top of a manzanita shrub. (I know.) When the inevitable face-plant followed, I arose with various scrapes and bruises along with an impressive puncture wound near my left armpit. I still have the scar.

Over here on my right forearm you’ll find another self-inflicted malformation from when I was five or six and got too close while my mother was doing the ironing. And this one here on my knee came from a spill I took a couple of years later on the day we moved into our new house in Redlands. The neighbors lived atop a hill at the end of a long driveway. If you were seven and saw a steep driveway like that one, you’d just have to run down it, wouldn’t you? Well, wouldn’t you?

This one on my toe is the result of an unfortunate encounter with a palm tree during a Wiffle ball game in the backyard of that same house in Redlands. Then there’s this stripe on my leg left by the branch of a different tree that sliced me as I was scrambling off-trail while working at Camp Round Meadow near Barton Flats. On two fingers of my right hand you’ll also find evidence of a mopping accident in the camp mess hall. These twin smears on my shins? Don’t ask. Please.

If you must, ask about the most glorious scar of all, here on top of my bald head, the result of a fractured skull in the second grade. The contours of that one include two indentations from where the surgeon put in screws to pop the bone back into place—like he was repairing the fender of our old Country Squire station wagon. (If you were sitting with me right now I would take your hand and show you. Seriously. This is one cool scar.)

Then there’s my midsection, covered with gashes that aren’t nearly as cool as that one and that I would never make you touch: five from the robotic procedure to remove my prostate, a long horizontal number from the emergency surgery that followed, and the newest member of the gut-scar family (still healing) from hernia repair earlier this month. No wonder I am never asked to appear shirtless on the cover of Men’s Health magazine: My belly now resembles the misshapen end of a russet potato.

I’m sure your body is similarly riddled with similar blemishes, each one with its own history. Often they provide endless hours of tale-telling as we share their legends in great, exaggerated, self-deprecating detail with anyone willing to be regaled. More importantly, they are evidence of having lived (and, sometimes, of having nearly died). They are reminders of pain that has subsided and wounds that have healed. And they are proof that, whatever caused the bleeding, we got through it.

And so I sit here in my daughter’s bedroom, staring at my hard-earned deformities, most incurred many years ago. I’m working from home like the rest of you, already impatient with social distancing, only a couple of weeks into the statewide lockdown over the coronavirus. With schools closed, businesses shuttered, and events canceled, it occurs to me that you don’t have to be among the hundreds of thousands infected to know that this one too is going to leave a mark.

But what kind of mark? Much of what ensues in the weeks ahead I will have no control over, but some of it I will. What will I do, for example, with the three hours a day I am NOT commuting? When I look back on this crisis years from now, will my narrative include dim recollections of mindless video streaming? Dozens of hours of computer solitaire? Or will it include the thing I built, the story I wrote, the project I finally got around to? Will I describe the bonus time I enjoyed with my wife and children? The afternoon I finagled a volunteer shift at the local food bank? How I over-tipped at the take-out window? How I overcame my nervousness to donate a pint of much-needed blood?

I do not know—not yet, anyway. But of this I am certain: These wounds will heal. There will be a scar. And that scar will tell a story.

4 thoughts on “This One’s Going to Leave a Mark”