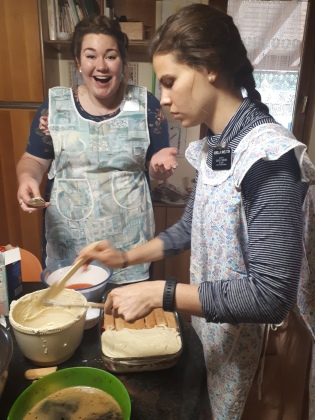 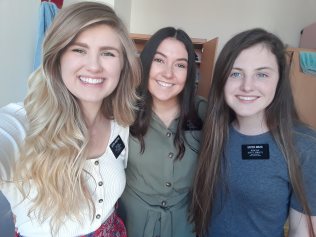 Every Monday my inbox fills with letters from around the world. They come at me from all directions: from Arizona, Utah, Georgia and the Dakotas; from Ecuador, Argentina, and Brazil; from Scotland, Germany, Italy—even Russia. No wonder I love Mondays.

All of these letters are written by talented, charming, twenty-ish “kids” I have known for years. Several of them I have watched grow up since infancy. They are young men and women full of high aspirations and unlimited potential, people who will no doubt make their marks in a variety of professions and in a variety of ways. They will marry well and raise kids that you and I will consider irresistible. Their futures are brighter than most, in part because of the light they radiate.

My pen pals include many of my former students, some close family friends, nephews and nieces, and a few all-of-the-aboves. Each of them is living far from home, for the most part cut off from social media and popular culture, limited to only occasional, distant contact with family and friends. They subsist on hardly anything and don’t get paid a dime for their efforts. Willingly they have offered to go wherever and do what they can to help those around them. For as much as two years they have volunteered to put their personal lives on hold and dedicate their daily 24 to others.

At times my far-flung friends face challenges and discouragement, no doubt with pangs of homesickness thrown in. Their letters describe weird viruses and a curious variety of problems with their toes. They learn to eat things you and I might not recognize as food. They describe bitter cold in some places and incomprehensible heat in others. As I read from week to week, I can see them wearing out their bodies and souls (and soles), lifting up the downtrodden and forgotten, embracing the lonely and unloved, bringing smiles to the sad and hope to the hopeless. In word and deed, they embody Jesus’s useful rule of thumb: “By this shall all men know that ye are my disciples, if ye have love one to another” (John 13:35).

They all are missionaries for the Church of Jesus Christ of Latter-day Saints.

Yes. The ones you see around town with their white shirts and bicycle helmets. The ones who a time or two may have arrived unannounced on your doorstep. What you may not know is that they are also the ones who’ll help the elderly couple move their antediluvian armoire, who’ll bake goodies for the shut-in, who’ll lay sod with the over-extended family in their neglected backyard. They’re the ones who make friends on subways and sing songs in public parks. ALWAYS with a smile, I might add, especially when no one else is smiling. They are the ones who also teach anyone who will listen about the Gospel of Jesus Christ. Missionaries do all of that and more.

And when another week of selflessness has come to an end, when they have exhausted themselves riding bikes up and down the hills of Orange or slogging through the muddy backroads of Paraguay, they sit down in a public library or a far-off cyber-cafe and tap out sentences like this one: “I love the mission. There’s no place I’d rather be. There’s no better job than teaching the Gospel. I’m enjoying everything here.”

No matter where “here” is. They are indeed remarkable. And irresistible. No wonder people welcome them into their homes. If you haven’t recently, you should, if only to see how they fill a room with light.

I sat yesterday in a Sunday School class with the finest people I know. Our text was John 13 (just following the Last Supper) wherein Jesus washes the feet of His apostles and utters these defining words of Christendom: “By this shall all men know that ye are my disciples, if ye have love one to another” (John 13:35). He was saying, in essence, that the best way to tell who His true followers are is to watch how they treat others.

The scene there in the Santiago Creek Ward could not have been significantly different from the one you might have seen on the evening of June 17, at the Emanuel African Methodist Episcopal Church in downtown Charleston, South Carolina. That is, until things became entirely different. About an hour into the Bible study that night, a visitor pulled out a gun and shot ten of the worshipers, leaving nine of them dead. The misguided ideas which drove him to that hateful act remain in stark contrast to the message of love inherent in the book they studied together that night.

Two days after the murders, survivors and relatives of some of the victims gathered at a legal hearing to confront the accused killer. But rather than releasing the full force of the anger and pain which surely they feel, they took the opportunity to extend forgiveness to the man apparently responsible for the deaths of their loved ones. To those who are not believers, what transpired at that hearing may have been entirely unexpected. But to those who have embraced the teachings of Jesus, they should not be. Remarkable still. Truly remarkable. But not unexpected at all.

How is such tenderness possible in the face of such heartbreak? Barack Obama explained it well on Friday, June 26, at the funeral services for The Reverend Clementa Pinckney, who led the Bible study that night. In his wise and moving eulogy of the senior pastor, the President evoked a truth that rests at the heart of Christian theology. “God works in mysterious ways,” he said. “Blinded by hatred, the alleged killer could not see the grace surrounding Reverend Pinckney and that Bible study group—the light of love that shone as they opened the church doors and invited a stranger to join in their prayer circle.”

Grace. God’s love extended to the undeserving. Not earned, but given freely. Not claimed by the entitled, but accepted—humbly—by the unworthy. Not just manifested in the face of tragedy, but triggered by tragedy itself. Amazing grace. That has saved a wretch like me time and again. That compels me to be my best today and enables me tomorrow to strive for even better.

“As a nation,” said the President, “out of this terrible tragedy, God has visited grace upon us, for he has allowed us to see where we’ve been blind. He has given us the chance, where we’ve been lost, to find our best selves.  We may not have earned it, this grace, with our rancor and complacency, and short-sightedness and fear of each other—but we got it all the same. He gave it to us anyway. He’s once more given us grace. But it is up to us now to make the most of it, to receive it with gratitude, and to prove ourselves worthy of this gift.”

To do that, we must go and do likewise. We must follow the good example of the members of the Emanuel African Methodist Episcopal Church. “As I have loved you,” said Jesus, “love one another” (John 13:34). It’s what He asks of those He has loved. And it is the essence of discipleship.